Thanks to the Fox Sports Go service by Fox Sports Network, sports lovers and cable cord-cutters will be able to enjoy NFL football games, as well as the Super Bowl live stream online at no cost, within the US. This Fox Sports online stream is available on their website, FoxSportsGo.com, or the Fox Sports Go app for mobile device users.

How to watch Fox Sports online on your iPad

Sports fans can stream their favorite games live on their iPads, as long as they download and install the Fox Sports GO app before the game starts. However, the Fox Sports GO service will require you to sign in with one of Fox’s participating cable providers, including Optimum, Sudden Link, MidContinent, AT&T U-verse, WOW, and XFinity.

The Fox Sports 1 (FS1) live streams allow you to enjoy an array of sporting events, including soccer matches such as the UEFA Champions League, COCACAF Champions League, Copa Libertadores, and the UEAFA Europa League, college sports such as the Big East conference basketball, the Big 12 Conference Football and Pac-12 conference football, UFC mixed martial arts, and a multitude of motorpsorts events including the United Sports Car Championship and NASCAR Camping World Truck Series.

The FS1 coverage intends to include FIA Formula E Championship in 2014, and United States Golf Association championship events and NASCAR Sprint Cup Series in 2015. In the meantime, online fans will continue to enjoy the usual football, soccer, basketball and motorsports events telecast on FSN, as well as daily sports highlights, information, discussion programming – with Fox Sports Live at the core – sports-related reality, and documentary programming.

Can you stream Fox Sports on other mobile devices besides the Apple tablets? 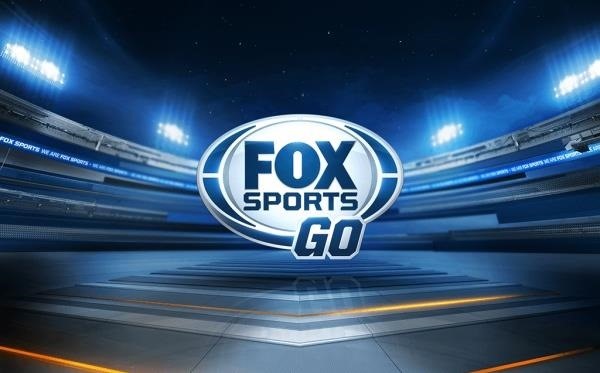 Unfortunately, NFL fans can only use the Fox Sports GO app with compatible Apple products, which include the iPhone, iPad, and iPod touch. Owing to the licensing deal with Verizon, Fox sports cannot stream live events on smartphones and non-apple devices, unless the fan is a Verizon client with a subscription to the NFL mobile Premium at a monthly fee of $5.00. The NFL mobile app is free to download for Android, iOS, blackberry, and Windows Phone.

It is important to note that fans with access to fox sports online streaming via Fox Sports GO will view different ads from general TV viewers, since Fox Sports sells its digital inventory disjointedly from its TV ads. Fox Sports GO does not require you to verify that you have an active cable subscription before you can be allowed to stream content online.

This form of live stream seems rather risky for the networks at a time when many pay-TV subscribers frequently claim that live sports broadcasts are one of the primary reasons why they still use cable. On the other hand, the free provision of live content online may also serve as an incentive against piracy.

Fans without an iPad or Verizon wireless subscription can watch Fox Sports online for free if their PC or Mac by going to the following website: www.FOXSportsGO.com. You can also access the Fox Sports Detroit live stream from your PC by visiting the same website. The content available on this website is similar to what viewers using the Fox Sports GO app can access.

Three notable sites that all sports fans should be aware of are justin.tv, livetvonlinefree.com. Here, fans from Wisconsin, Minnesota, Upper Michigan, northern Iowa, and the eastern parts of North and South Dakota can access the Fox sports North live stream.

Justin.tv allows users to share live video from their PC or mobile devices, which means that you will be able to access the Fox Sports Wisconsin live stream, if there is a premium broadcaster on the site. Similarly, fans from the Southern United States, including Kentucky, Mississippi, Georgia, Alabama, Florida, Tennessee, North Carolina, and South Carolina, will be able to watch fox sports south online, via these websites.

More information on FSN north and FSN south live streams online, and the scheduling of the broadcasts can be obtained from msn.foxsports.com/north and msn.foxsports.com/south, respectively. Viewers from the central and southern Illinois, eastern and central Missouri, Iowa, Nebraska, and Southern Indiana, can also tune into the Fox Sports Midwest stream on justin.tv, or a variety of other smaller sites.

Platforms where you can stream FOX Sports GO

Fox Sports streaming online is available on multiple platforms, but the number of streams that you can access simultaneously on different devices depends on the restrictions imposed by your cable subscription provider. To access the app on your iOS device, download it to your iTouch, iPhone or iPad from the App Store. For your iOS device to be compatible with the app, it should be version 5.0 or later.

There is also a Fox Sports GO app for android devices that you can easily download from the Amazon AppStore or Google Play Store. This is a preview version of the app that functions on Android version 4.1 or higher.

For the service do be available on your PC or Mac, you can go to FOXSportsGO.com from any of the following browsers:

Once you get to the website, sign-in using your TV provider username and password, and enjoy the live stream.