For many baseball fans, there is nothing quite as exhilarating as going to the ballpark to join other fans in cheering for your favorite MLB team. Being there to witness your favorite team claim victory is not only an affordable option, but it also provides you with a unique experience when compared to watching the game at home on your screen.Unfortunately, the ballpark can only accommodate so many people, and the timing may conflict with your daily schedules. Additionally, geographical factors may pose another barrier to your being there.So what can you do? Major League Baseball (MLB) has provided various avenues for their fans to watch and stream MLB online. As such, you have the option to make monthly payments for a streaming package, pay a premium subscription, or watch MLB Network online for free.

When there are no baseball games, fans can stream trade talks, free-agent signings, off-season leagues such the Arizona Fall League, and occasional baseball movies.

The MLB network was launched on 1st January, 2009, with the view to provide baseball fans with a reliable source of live baseball events. The network has coverage of nearly 150 regular season games, 150 Spring Training games, 2-exclusive League Division Series game-telecasts, and a plethora of other special event telecasts.

MLB network airs numerous live MLB games each week during the regular season, though some events may be blacked out in local markets of participating teams. If your region is blacked out, you will have the option to stream an alternate programming, unless the listing states otherwise.

How to watch MLB network online 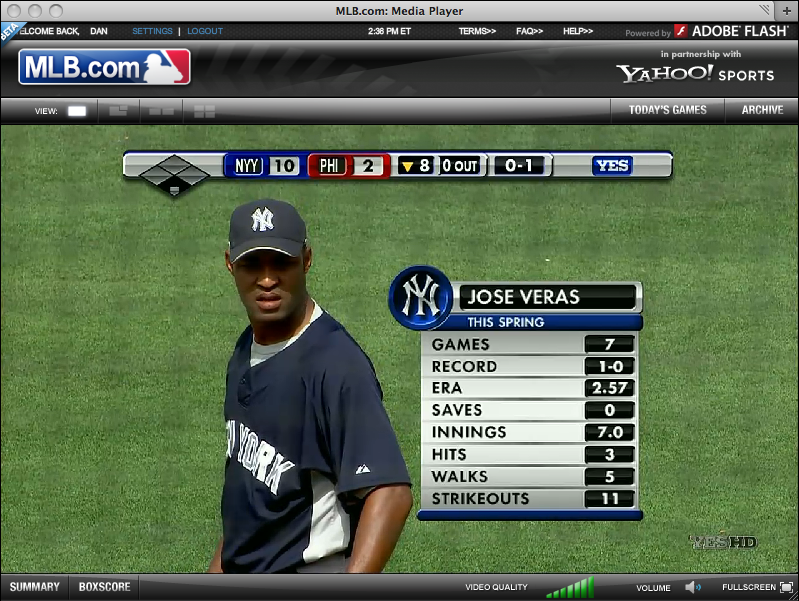 It is unlikely that fans would miss the Red Sox live stream showing on MLB network, since the network is extremely accessible, with wide distribution across cable, telco, and satellite systems. Fans can access the live stream on a variety of major systems including Comcast, DirecTV, Cox, Time Warner, Charter, Cablevision, Dish Network, AT&T U-verse, and Verizon FiOS.

To access the MLB network live stream for free, visit their official website on http://m.mlb.com/network/ and search the availability of the network in your area by inserting your zip code in the channel locator search option. All original programming on MLB network is produced in 720p HD format. So, if your feed is not in high-definition, contact your video provider for possible solutions.

The MLB network offers several live games every week, though some fans may not be able to view those games if their markets are participating due to blackout restrictions.

In addition to the live coverage of a few games every week, the MLB network also airs a one-hour pregame show titled “On Deck Circle”, for their self-produced games. The first 90 minute show was aired on 14th June 2013. The network has other weekly shows of self-produced non-exclusive games every Tuesday, Thursday, or Friday night.

Fans can also stream other games on Tuesday, Friday and Saturday nights, as simulcasts from one of the team’s local TV broadcaster. MLB network features doubleheader coverage every Tuesday night, with an early East Coast game that is followed by a West Coast one.

Another element of the regular season programming is the MLB Matinee, which comprises a series of weekday afternoon baseball games for the entire regular season. The broadcast is similar to the night games in that the matinee games are simulcasts of one of the team’s local telecast.

Fans can also stream Minor League Baseball games occasionally, when picked up by MLB network’s cable TV partners. Some of the games in the minor league that you can stream include Triple-A, Double-A, and several minor league’s All-Star games.

The first postseason telecasts carried by MLB network were in October 2012, allowing fans to tune into the Detroit Tigers live stream. So, fans can tune in MLB network online to watch postseason games from their PCs or Mac books.

MLB network self-produces coverage for several international live events, like the Caribbean Series and the World Baseball Classic. The former, also referred to as the Caribbean World Series, is the highest club-level baseball tournament in Latin America.

The tournament features the top teams in Venezuela, Puerto Rico, Dominican Republic, and Mexico, and is hosted annually in each country – every fourth year. The tournament takes place in February after all league national tournaments are over.

The World Baseball Classic (WBC), on the other hand, is a global baseball tournament created by MLB, the Major League Baseball Players Association (MLBPA), and a variety of other professional baseball leagues and player associations across the globe.

The WBC is a unique tournament that requires national baseball teams to feature their professional players from the major leagues, including MLB. This offers the best baseball players around the world an opportunity to compete against each other while representing their home countries

Other programming on MLB Network

In addition to watching the Dodgers online or tuning into the Texas Rangers live stream during regular season, fans can watch live and taped Spring training games that are simulcast from either of the team’s local TV rights holder’s feed. The video feed can also be obtained from internal scoreboard of the spring training, together with the team radio network audio.

MLB network also carries other games, including live development league games, and occasional live college games. Games featured in previous years include the youth baseball championship, comprising the Cal Riken World Series and the RBI World Series, and a few games in the Arizona Fall League, including the championship.

MLB network continuously produces promos for its current original series that air regularly, as well as for the films broadcast on its channel. There are also promos for special events and live game events aired on the network. Some of the shows that fans can stream on MLB network online include MLB Tonight, Hot Stove, Quick Pitch, World Baseball Classic Tonight, The Rundown, Clubhouse Confidential, and Intentional Talk, among others.

Here’s 12 out of the 30 MLB teams that is covered by the MLB Network pretty extensively, and the web link to their official site: