How To Stream The Big Ten Network Online

It is estimated that over 90 million households in North America have access to the Big Ten network (BTN), giving you access to about 650 events. Big ten network streaming is also available online, via its two streaming services: the Big Ten Digital Network and BTN2Go.

Fans who want to watch Michigan football may want to note that simulcasts of college football games are pre-determined on a week-by-week basis, with at least two live Big 10 football games every week on BTN.

If you are planning to watch Michigan basketball online or Michigan football streaming or an IU game live stream online, you can check out BTN’s programming schedule for up to the next 14 days on www.BTN.com/shows.

This channel streams hundreds of events that are not televised through subscription. This webcast features live game/event broadcasts, game highlights, exclusive behind-the-scenes videos, original programming and press conferences from about 25 men’s and women’s sports within the Big Ten Conference.

The Big Ten Digital Network aggregates and streams audio and video content from its 12 member institutions, as well as another 500 games streamed exclusively on this network to provide optimum online video coverage of Big Ten athletics internationally.

Fans with access to the Big Ten Digital Network also enjoy coverage from conference post-season events and tournaments. For fans seeking to stream content for a single school, you can still subscribe to that one school on a monthly basis for $14.95 or annual basis for $119.96 at www.video.btn.com. It is important to note that this BTN product does not include live stream for football games.

The big ten conference is comprised of the following 12 teams: 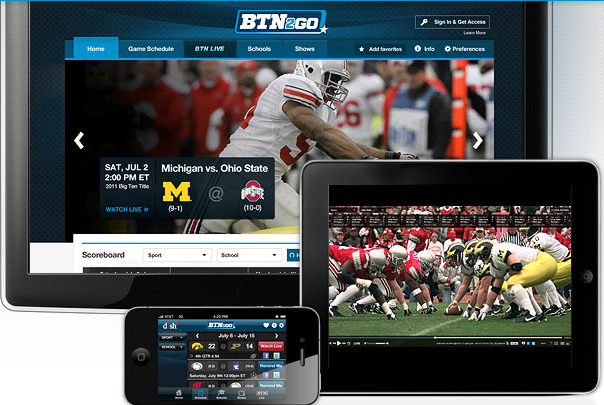 BTN2Go is a live 24/7 multiple-platform extension of BTN, which offers fans the opportunity to access the big ten network stream live online, via PC or mobile device. This 24/7 simulcast offers live programming to BTN subscribers through their PCs, smartphones, and tablets, as well as access to BTN’s archive of original programming and games on-demand, and Extra Football Game Channels. BTN2Go provides access to more than 40 football games, and 100 plus basketball games.

To access the Big 10 network streaming via BTN2Go, you must be subscribed to any of the cable and satellite companies collaborating with BTN. Customers of participating TV providers can watch big ten network online streaming for free. Some of the distribution partners of BTN2Go include Charter, Cox, Cablevision, VIRECTV, Bright House, Verizon FiOS, AT&T, WOW!, Time Warner Cable, DISH, and many more.

To watch the Big Ten Network through the BTN2GO service, you can use any of three platforms: the internet via PC or Mac, iOS (iPhone and iPad), and Android (smartphones and tablets). To watch Ohio state football online, over the internet, simply go to www.BTN2GO.com. Once there, select your TV subscription provider, sign-in using the credentials given to you by your provider, and you will have access to Big Ten Network to go services for free.

To watch Penn State football online on Android and iOS devices, you will have to download the free app on either Google Play Store for Android or App Store for iOS. Once the Big Ten network app is installed, launch it, select your TV subscription provider, input your TV provider credentials to log-in, and you will have access to BTN2Go services. 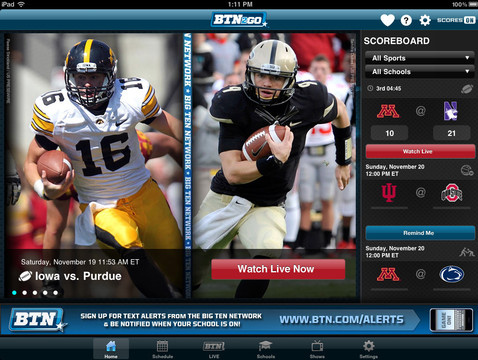 In the event that you encounter certain problems with Big 10 to go that pertain to your TV provider, you can use the guidelines on www.btn2go.com/btn2go/FAQ.jsp to find a solution.

It is also important to note that you can access BTN2Go from overseas, since neither the site not the app has geographical restrictions. So, those travelling overseas will still be able to watch Michigan football online, just as they would within the US.

Which games can you access on BTN2Go on football Saturdays when more the network airs multiple games at a time?

As long as you are streaming the Big Ten Network live on BTN2Go, you will have access to every BTN telecast. Owing to the use of Extra Football Game channels, BTN can provide access to their conference’s football games that are occurring simultaneously. These Extra Football Game Channels are provided only on Saturdays during the football season.

So, if your TV provider is carrying only two games while the BTN is covering three games simultaneously, you can find the third game on BTN2Go. 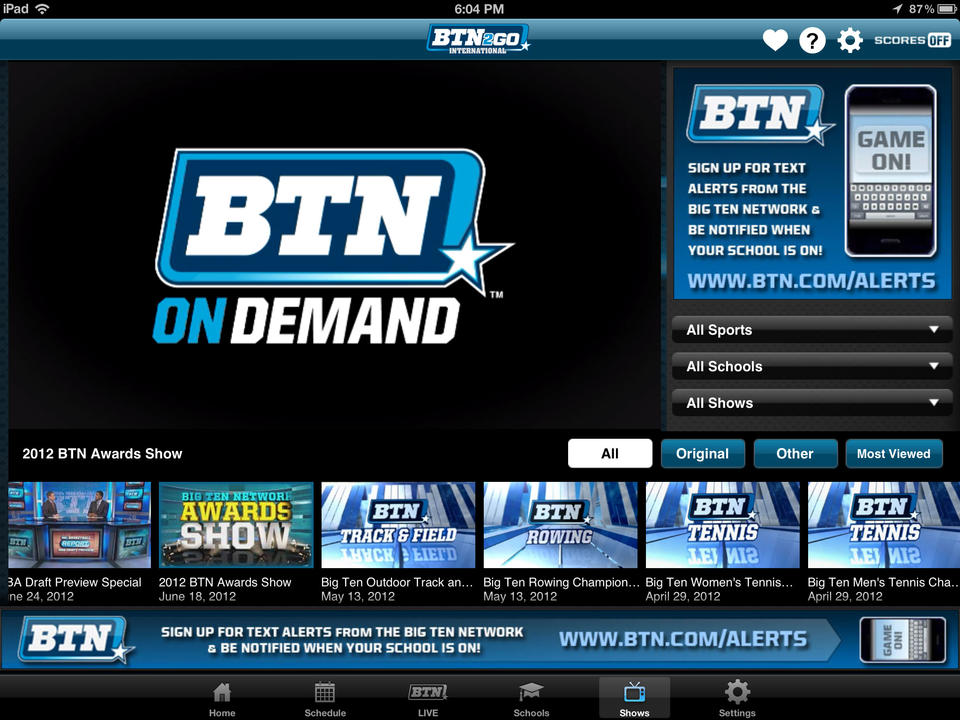 This service is offered to BTN fans residing outside the United States and without a subscription to any US TV provider partnering with BTN. It is a digital extension of BTN that offers live events, as well as on-demand programming to fans outside the US, Canada, and certain Caribbean Islands.

Individuals subscribed to BTN2Go International will be able to access the 24/7 feed of the network online, via the web, tablets and smartphones.

This service offers live streaming of every BTN game, on-demand access to games in the archive that are carried by partner networks including ESPN, CBS and ABC, and lots of hours of original programming. BTN2Go International apps are also available for Android and iOS devices. The service is accessible via http://international.btn2go.com/btn/ 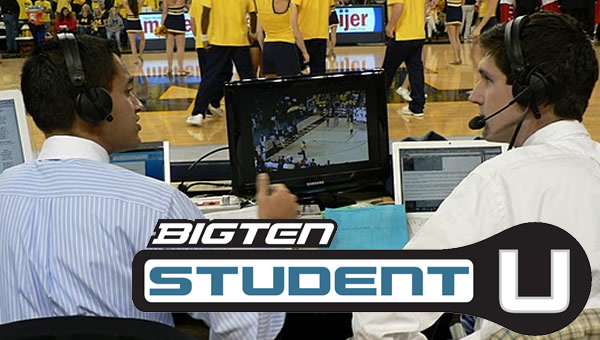 This programming comprises events produced by students and were originally aired live on BTN.com. Big Ten Student U is a product of the investment made by the Big Ten Network in multiple mobile high-definition kits, which allow Big Ten students interested in pursuing a career in sports TV to acquire real-life working experience using state-of-the-art equipment. More information on this programming is available on Student U Productions.

The Big Ten network live stream online will give you free access to not only a balanced mixture of men and women BTN sporting events, but also a variety of studio shows, original programming, and press conferences, including post-game interviews, coaching hires, and breaking news.