How To Stream College Basketball Online

It is not possible to follow all college basketball events on TV, but it may be worth trying with online college basketball live streaming. While there is no single website or app that offers live college basketball streaming for every game, there are several different sites and apps that provide a considerable number of big games, sometimes at absolutely no cost. Whether you have an active cable subscription, or you had to cut the cord and are currently cable-free, you can still watch your favorite team from different websites that offer live video streams.

The following are some of the popular sites and apps where you can stream live college basketball: 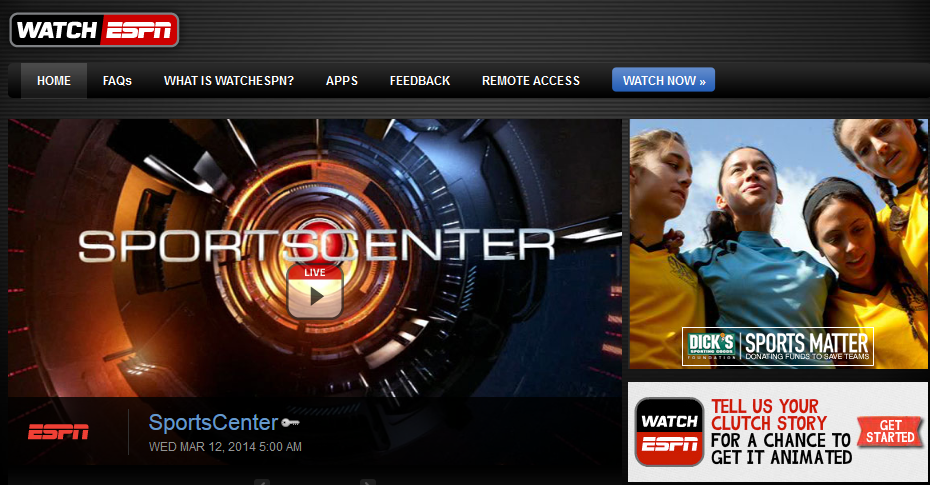 With a cable TV subscription, you can access live webcasts of a multitude of top-notch college basketball games on either the WatchESPN website or app. WatchESPN is an online sports channel that allows users with a current cable television subscription to stream ESPN online.

Considering that WatchESPN combines all the games that are broadcasted on ESPNU, ESPN2, and ESPN, users will have a wide selection of college basketball games and NBA games to choose from. This should be exciting since the top ranked teams usually play just about every night for the entire period of the Conference Tournaments.

Another appealing feature of WatchESPN is the availability of college basketball video streams on-demand, one week after their actual game has been played. So, if you miss a popular, top team being knocked off, or an exhilarating buzzer-beater game, you will have the chance to replay the full game – from the start- on your WatchESPN app for college basketball.

You can also enjoy ESPN college GameDay basketball, which airs every Saturday on ESPN channel during the college basketball season, on WatchESPN website or app.

While WatchESPN is the ideal place to Stream Syracuse basketball games live online, broadcast restrictions also apply to college games, which means that you should confirm whether your region has been blacked out before any game to avoid any inconveniences. Alternatively, you can wait for the video feed to be availed on WatchESPN.com after the game is over.

ESPN is usually straightforward with regard to informing its viewers of the games that are blacked-out locally. So, simply check out the upcoming live college basketball games on the site, and select the subject “Blacked Out” to reveal an online map with details of specific regions that do not receive the game stream live online, as well as blacked out areas.

Other popular sports that you can stream on the WatchESPN online media feed: 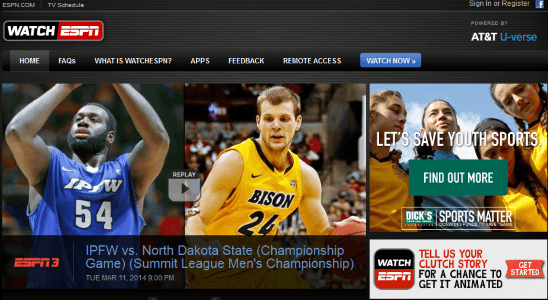 You can watch exclusive college basketball games on ESPN3, like Kentucky university basketball or Duke University Basketball, though your internet connection must be from one of the participating ISPs – internet service providers. 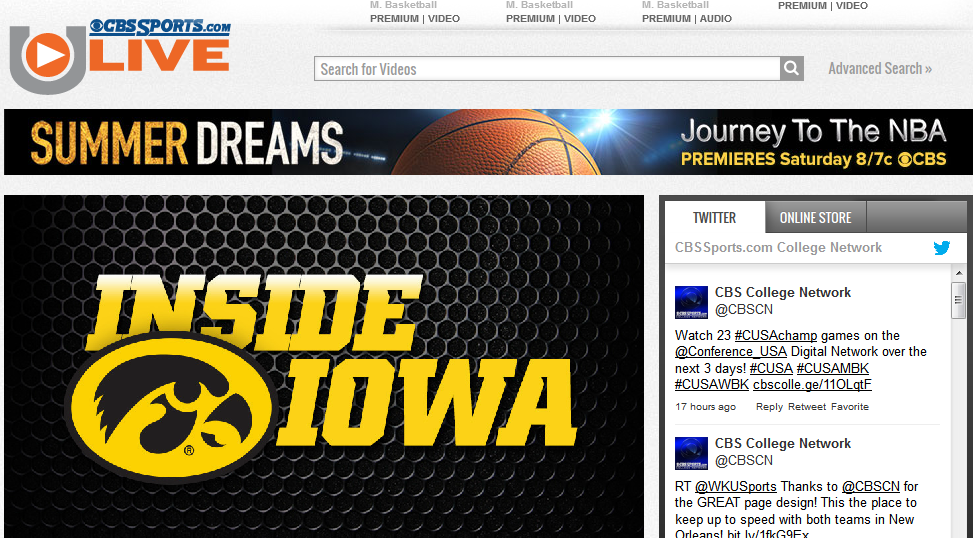 If you do not have a cable subscription, you will not be able to stream live college basketball on ESPN, but you can watch the games on CBS Sports ULive. This is a stand-alone paid subscription service that allows you to stream NCAA online.

CBS Sports ULive offers online streams of a multitude of college sports including basketball, baseball, and college football, as well as niche college sports, like rowing and lacrosse. To access these streams, you have to part with $17.95 per month or $129.95 per year. Before making the first payment, you can check out the streams via the one-week free trial option.

The CBS Sports ULive subscription is an exceptional package that provides more than live streams of college sports games. As long as you are subscribed, you be able to access highlights and scores packages, press conferences, and even coaches’ shows that are streamed on the local radio affiliates of multiple college teams.

Despite the numerous sports available on CBS ULive, NCAA basketball enthusiasts will be a little disappointed to know that most of the college basketball games available on CBs Sports ULive are only available as audio feeds, with no video. This is because ULive broadcasts a collection of sports from regional networks, as well as the sports from conference channels including Pac12 Network and the Big10 Network.

Since these networks own the video rights to all games broadcast via ULive, they only permit the broadcast of game audio on CBS Sports ULive. However, you will have access to video streams for college basketball games involving small and mid-major conferences, like the Patriot League and the Atlantic Ten.

From your free trial of CBS ULive, you will realize that the college basketball games it broadcasts are unique to that channel, and there are no broadcasts from ESPN, or even the CBS Network, which owns ULive.

How to stream College basketball on iOS devices 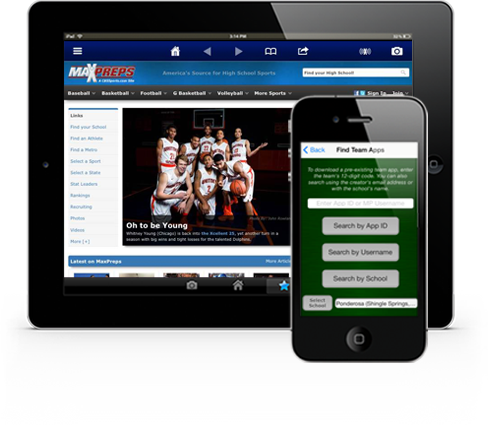 CBS Sports has an iOS app that provides users with multiple features including live video streaming of regular season college basketball games that are broadcast on the CBS Network. These are just about 1-2 games per week.

There is a CBS Sports app for Android devices, as well, though it does not offer live streaming for college basketball games. The Android app, however, shows highlight videos on demand.

Basically, you can count on CBS to broadcast the NCAA Basketball Tournament for free, since it has never failed to do so, since 2006. So, you can stream online all CBS’ March Madness games for free, but you need to pay about $3.99.

Alternatively, you can go to NCAA.com. It is a cheap and reliable place to watch the March Madness without any fuss, and the assurance that all big games will be covered. While this site does not offer live streams of games during the season, you can watch highlights of the games played and previews of upcoming ones to keep yourself updated.