Streaming soccer games online has become a great solution to the problems associated with following your favorite team or league. There are many rules that determine what matches you can watch live, in addition to requiring specific TV subscriptions or equipment to watch a game.Sometimes, watching the game in a bar with supporters from different teams betting against each other can be fun, but doing so repeatedly can hurt your wallet in the long run.

As such, streaming live soccer online has become a preferred means to follow the game conveniently and cost effectively, even when a subscription is required. At times, there may be issues with the quality and speed of the stream. However, having a reliable internet connection and using a reputable website can give you an exciting 90 minutes of play, even if the quality is not comparable to cable TV.

With the wide selection of places to watch live soccer online, many fans find themselves in a dilemma, unable to decide which option is best, and more importantly, least likely to infect the PC or mobile device with a virus. To make the process of finding a reliable online service for streaming live football, you may want to start your search with the following sites: 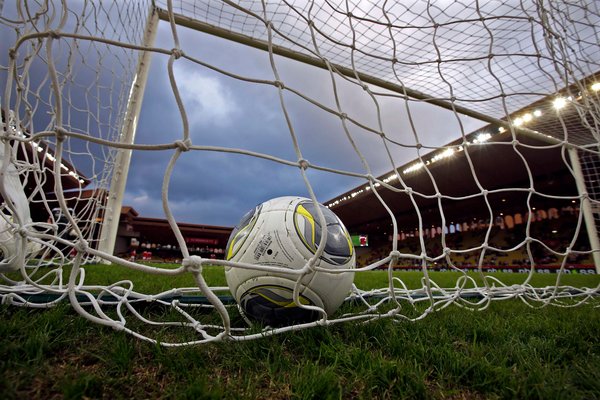 With the Major League Soccer – MLS – regular season running from March to October, you probably have a cable subscription to follow your favorite team. But even for those without a subscription, you can still watch MLS online. In fact, there are several options for you to access MLS live stream for free from your PC or smartphone, via WatchESPN.

WatchESPN is a favorite for fans of international soccer residing in the US, since many games are not broadcast on standard cable packages. With just a PC and an internet connection from a participating provider, you can stream soccer matches from multiple international leagues on ESPN3. This implies that those matches are not available on either ESPN or ESPN2. So, you can watch those matches online or using the watchESPN app for Android, iOS, and Kindle Fire.

To access all ESPN games and other content online, you need to subscribe to a TV package from any one of the following companies: AT&T U-Verse, Charter, BendBroadband, Bright House Networks, Comcast XFINITY, Cox, Google Fiber, Midcontinent Communications, Optimum, Time Warner Cable, and Verizon. With your subscription, you will have access to games from Coupe de France, Bundesliga, Liga MX, Portuguese Liga, MLS, Eredivisie, and many more.

WatchESPN offers up to 10 different live streams for soccer matches, in addition to having an archive of UEFA Champions League events that are only available 24-48 hours after the live game. ESPN3 (formerly ESPN360 and ESPN3.com) also offers various games on-demand, including: 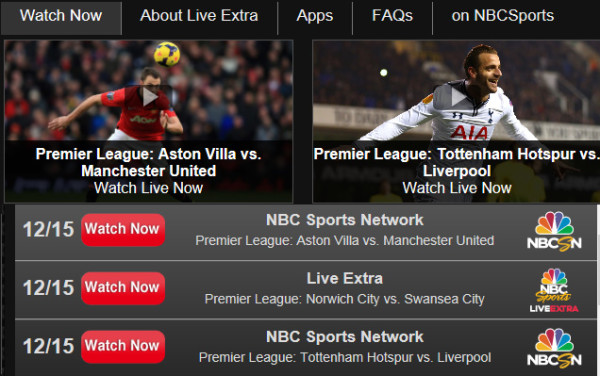 NBC Sports is authorized to televise and stream all games in the Barclays Premier League in the US, which means you can now access arsenal live stream from their Live Extra for iOS and Andoid online. NBC sports also streams some games from the MLS. To access most of the content on the app, you require a cable TV subscription that has the NBC Sports channel. Whenever matches are broadcast on NBC instead of NBC sports, you can stream them for free, even if your cable package does not have NBC sports. 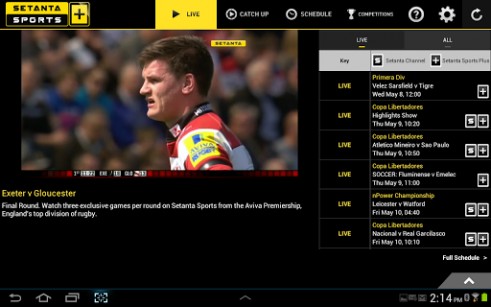 UK subscribers get more football action for £7.99 per month or £79.99 for the annual subscription, which is almost the same as that for North American clients. However, UK subscribers can access 46 live and exclusive matches from the BPL per season, 25 live matches from the FA Cup per season – including one semi-final game and live streaming of the final game, 60 live matches from the Scottish Premier League per season – including all Old Firm derbies and big matches, and all games in the German Bundesliga, Portuguese’s Liga, Dutch eredivisie, and France’s Le Championnat. Subscribers can also stream the UEFA Cup, a few England international matches, and several matches involving Scotland, Wales, Ireland, and Northern Ireland.

Subscription gives you access to live broadcasts of specific Premiership matches, like 1-3 per weekend, as well as specific matches from the UEFA Champions League, La Liga, the FA and Carling Cup, UEFA Cup, and the Football League Championship. So, a Sky Sports’ Arsenal live stream is possible, but not guaranteed. Subscribers can also watch certain international matches live online.

The UEFA website offers live soccer streaming video content of all UEFA club and international competitions to Windows users only. Live matches are purchased individually at $7.95per match, and a Replay subscription is offered to those who want to watch games on-delay.

Many European clubs, including all Premiership teams provide on-line streaming content on their sites. However, FA restrictions and TV contracts prevent premiership websites from broadcasting live footage of their premiership matches, except through tape delay.

Subscribers to their site can listen to live audio commentary, or view text updates – via the site – during matches. Subscribers can also be treated to exclusive post-match interviews, documentaries, video highlights, and archival footage. In addition, some clubs stream reserve and academy games live.

There are many other free streaming sites and P2p programs that are readily available for streaming live soccer games, including Justin TV, Futboll Live, WizWig, and ATDHE Live sport, among others.