Tennis has been enjoyed by recreational players around the globe since the 1890s, making it a fast rising worldwide spectator sport. The Majors, also known as the four Grand Slam tournaments have become especially popular, featuring the US Open and Australian Open played on hard courts, Wimbledon played on grass courts, and the French Open played on red clay courts.

The Tennis Channel live streaming offers the growing number of tennis fans the opportunity to experience these high-octane personalities as they display the incredible power of the game on the court.

What you should know about the Tennis Channel

Since the establishment of Tennis Channel in 2003, it has continued to offer 24-hour coverage of the professional sport of tennis, as well as the passionate lifestyles associated with it. The television-based multimedia network offers a blend of comprehensive sports, pop culture, fitness, health, lifestyle, entertainment, and travel programming, and basically every other aspect of the global tennis community.

In addition to the network’s telecast, you can watch Tennis Channel online via its website, www.tennischannel.com. However, you won’t be able to view the entire network. That said, the Tennis Channel live stream offers content that cannot simply be obtained anywhere else online.

The site provides a wide range of programming from real-time and archived videos, to podcasts from Bud Collins – tennis historian and columns from Steve Flink – veteran reporter. Basically, you will have access to some video streaming of Tennis Channel original programming, as well as highlights and special tournaments in cut-down formats.

Also available online is the network’s restricted Racquet Bracket tournament prediction game, which offers accolades throughout the year. In addition, recreational players can access instructions and tips on health, fitness and nutrition, and obtain comprehensive city guides from the travel section. Depending on your television provider, you may have to pay extra to stream the Tennis Channel network online. 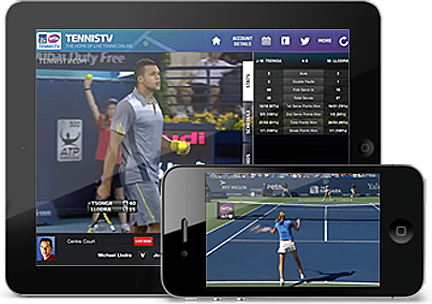 The tennischannel.com app is available for free to all iOS and Android users, irrespective of whether they have current access to Tennis Channel. This is because the Tennis Channel Everywhere app employs a new authentication feature that permits subscribers of participating distribution partners to watch Tennis Channel online for free.

This is currently limited to NCTC and Verizon FiOS TV subscribers, though additional participants are getting on board. Verizon FiOS TV users can access Tennis Channel live by logging on via the My Verizon online portal, while NCTC offers the Tennis Channel streaming option in Watch TV Everywhere authentication system.

Compared to conventional American sports that usually feature 2-3 hour games on weekends or in the evenings, tennis tournaments are generally customized for mobile applications that permit fans to remain on top of their favorite players and action for the whole day, owing to the 24-hour coverage.

The daily, week-after-week tournament scheduling offered by Tennis Channel covers more events than you are capable of consuming in a single television sitting. There are numerous matches in a variety of time zones, with telecasts going on all-day, and overlapping tournaments at certain times.

Currently, Tennis Channel has distribution rights to about 65 of some of the best men’s and women’s tennis tournaments in the world, including the 4 Grand Slams. Nonetheless, tennis fans can use the TV Everywhere app to have 24-hour mobile access to the 85% of tennis games and events. 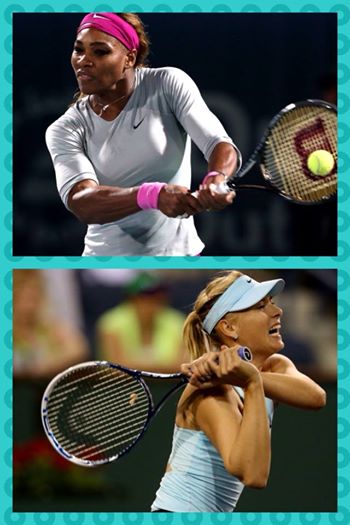 With the network offering live tournaments, game analysis, one-on-one interviews, and skills instruction, they are always on the move. Tennis Channel makes the effort to extend outside the courtside seats to provide fans with an all-inclusive tournament pass, comprising behind-the-scenes coverage, inside looks, and a never-seen-before TV perspective.

Furthermore, the Tennis Channel network is not just a representation of the world of tennis, but also the excursions and trends of multiple racquet sports, like badminton, squash, paddle tennis, table tennis, and racquetball.

Some of the tournaments offered on Tennis Channel have shared broadcast rights, meaning that you may be able to view either the early or later rounds. So, it is recommended that you check the tournament schedule online, on tennischannel.com. Some of the international streams provided on Tennis Channel TV are usually transmitted via another provider, which may significantly reduce the quality of the video.

You may also find that some programs are switched midway, because Tennis Channel is occasionally offered broadcast rights by another programmer when they are unable to air the match at that time, possibly due to scheduling conflict.

During such times, Tennis Channel is able to pull that signal for a set period of time, though it may not be necessarily long enough for viewers to stream the whole game. If this happens, the network informs its viewers of places where they can stream the remainder of the event if possible.

Replays and Highlights of Tennis Matches

Tennis Channel is only available within the US, so if you are outside the country and would like to get a glimpse of missed games, the only way would be to check their online schedule for replays, or search the WatchESPN Live Stream Application. Some terms that you may want to be familiar with is as followed: